Laboratory of Programmable Logic Controller is a lab for the education and realization of student’s projects and diploma thesis in the field of programmable logic controllers. 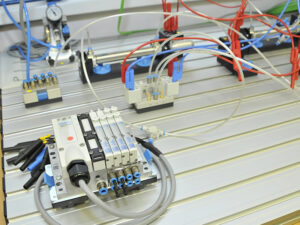 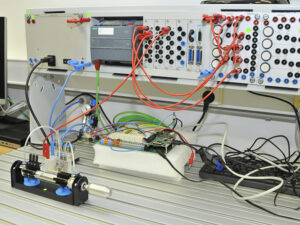 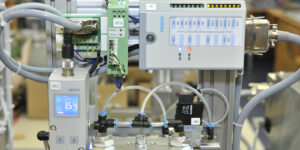 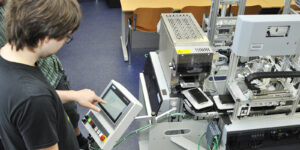 Equipment for the development and testing of the Human Machine Interfaces (HMI) using eye tracking and recording of biological indicators of the psychophysical state of the operator / dispatcher.

The paper presents a controller design for systems suffering from multi-harmonic periodic disturbance and substantial input time-delay. It forms an alternative approach to Repetitive Control where the goal is to stabilize a close-loop that encapsulates an explicit time-delay model of the periodic signal. The proposed controller design is based on […]

Juraj Lieskovský, Hijiri Akahane, Jaroslav Bušek, Ikuo Mizuuchi, Tomáš Vyhlídal This paper concerns itself with the optimal control of a single-link brachiation robot, specifically two phases during which the energy of the system is progressively increased to reach branches at a further distance. Two control policies are described. First is […]